Explanation for alkaliborates of glass containers

In the past we mentioned, that for the production of containers from all borosilicate glass tubing world-wide, high temperatures are used. During this hot conversion into containers Alkali Borates always evaporate because they have the lowest boiling point of the glass components. (e.g. Sodiumborate/NaBO2 boiling point: 1434 °C)

The quantity of these Borates is dependent on:

- the working temperature at which the glass is converted

- the time, at which this temperature has an effect

The borates can occur in different shapes and are often confused with contamination or with particles. Shortly after conversion –especially with thick wall containers and also in Pictures 1 can see a “white ring” a few millimetres above the formed parts which are soluble in water. With low humidity in the air and if the ackaging of the container is well sealed this “contamination” may remain for some weeks. 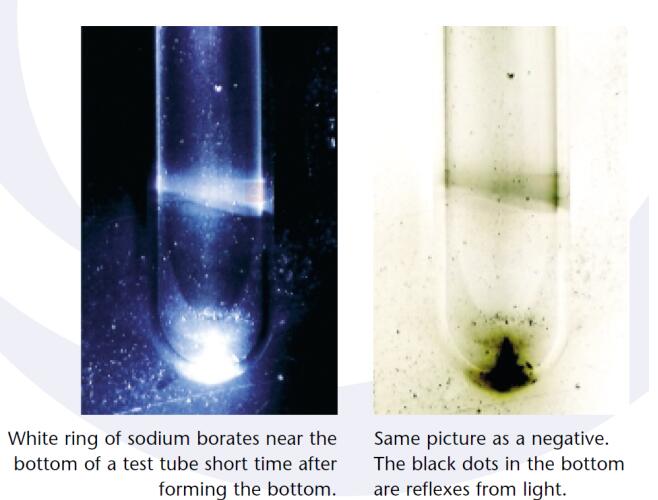 If when closing or shrinking the containers, there is too much humidity in the air it is possible, that after some weeks the “white rings” are no longer visible with naked eye and that they seem to have disappeared. In this case the borates start to crystallise and form small particles which are also soluble in water. Especially closed ampoules such as Pictures 2 ampoules or ISO 9187 form D show this phenomena. In the case of closed containers it is very hard to differentiate Alkali Borates from glass particles. Even for well trained people, in most cases it is only possible to differentiate bigger crystals from glass articles by using a microscope. For smaller crystals, dissolving in water is the way to find the difference. The following pictures show such a typical experiment. For a correct result the work must be carried out under laminar flow, and with overpressure in the container. 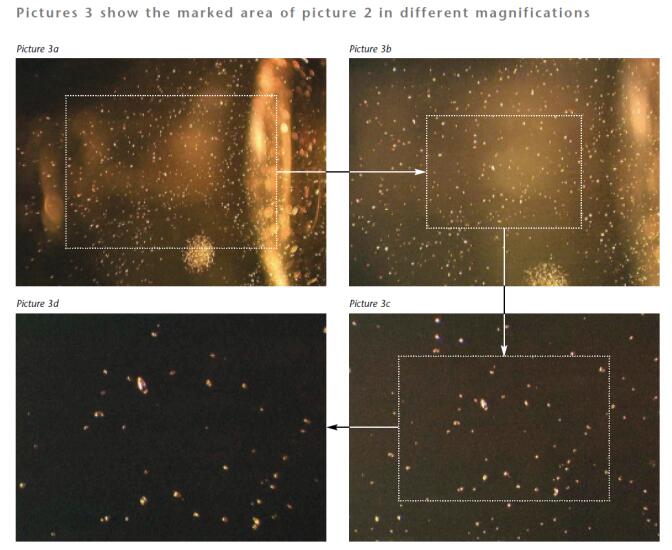 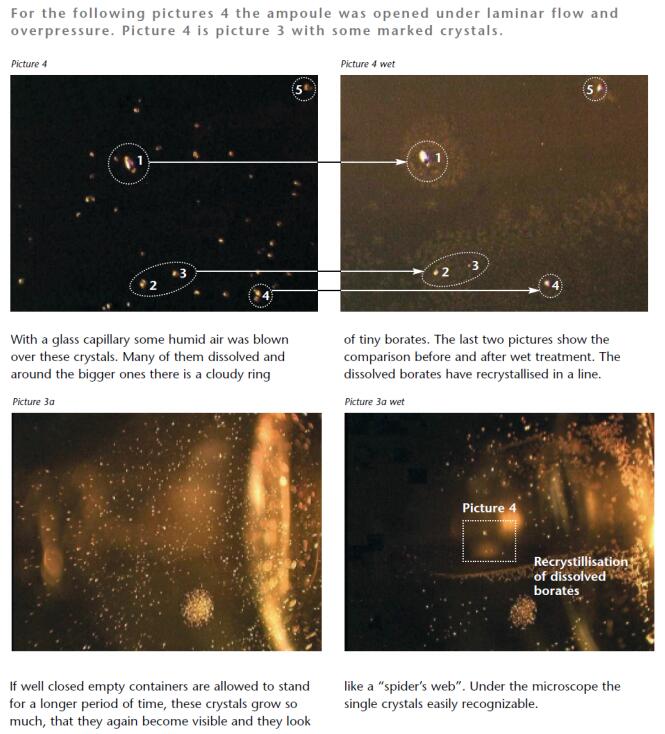